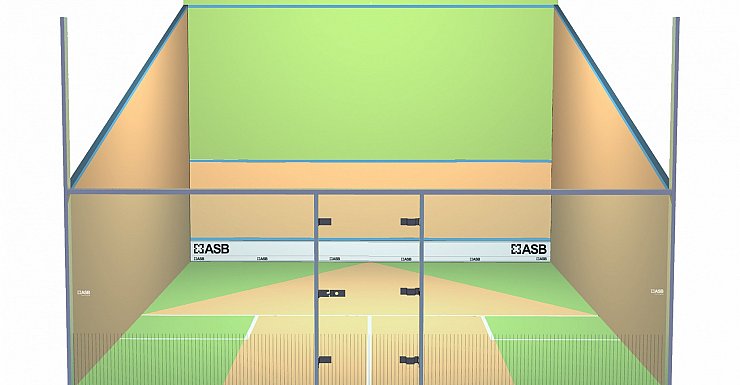 The ASB RainbowCourt has achieved and sustained a major impact on squash all over the world. Since this product was brought on to the market, World Championships, World Cup tournaments and national championships have been held on Rainbow courts.

The ASB RainbowCourt is the ideal trainings system for the beginner and also training for the squash expert. The arrow on the floor shows the player his/her tasks.

Beginners and experienced players are full of enthusiasm about the coloured courts, which help players to understand squash during matches and also during training in a revolutionary way.

The arrow zone divides the courts in areas where the ball is to be played (outside the arrow zone) and those where it must not be played (within the arrow zone). The precision of every hit is shown immediately, easily and optically. That is motivating!

It makes it easier to learn squash and within a short time players become considerably more successful.

This results also in the different options for the different ways of hitting the ball. The arrow on the floor shows the player where to move and where to play the balls from.

The arrow constantly shows his/her subconsciousness how to play and thus his/her play is improved.