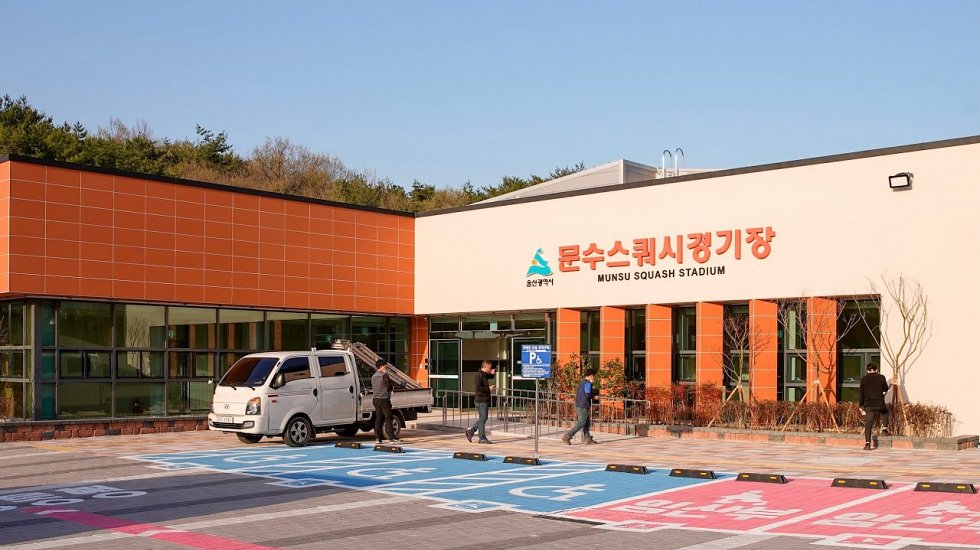 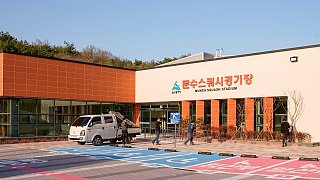 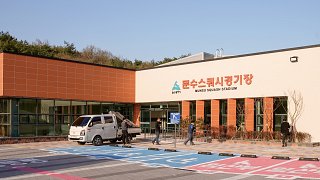 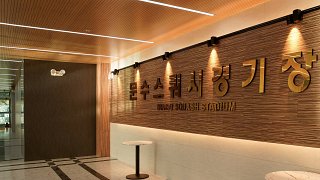 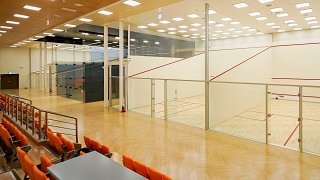 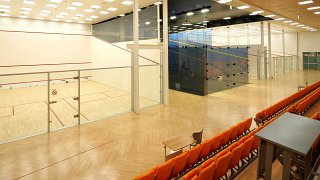 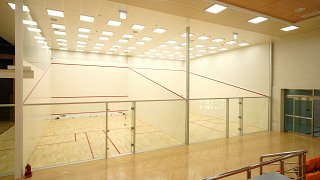 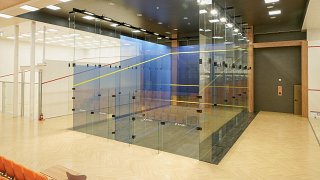 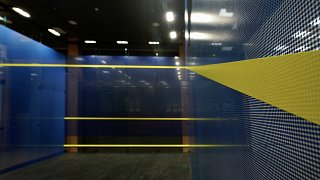 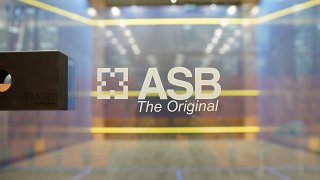 Ulsan, located in the south east of South Korea between Busan and Gyeongju is the 8 largest city in South Korea. Due to its heavy Hyundai presence, the city is also nick-named Hyundai City. Ulsan has the world’s largest automobile assembly plant, the world’s largest shipyard and third largest oil refinery in the world. Naturally, this kind of economic power house and its active sports community also have a strong need for all kinds of sports. To meet these requirements, Ulsan Munsu Sports Park was created. The sports complex boasts with a large football stadium used during the World Cup in Korea 2002, a swimming centre, a baseball park, tennis courts and of course a squash centre.

Unfortunately this existing centre did not feature any doubles squash courts nor a glass court and only very limited broadcasting capabilities. Therefore, local government decided to bring the squash centre up to date and convert the existing squash centre into a state of the art facility. Eyes of the decision makers fell on the ASB installations at Chunju and the Korea National Traning Centre. The successful junior’s program in both locations has already helped improve rankings of the Korean juniors locally and in Asia and therefore Ulsan wanted to ensure that their facility can offer the same to their players.

The existing courts were demolished to make room for five new ASB System100 squash courts and an ASB ShowGlassCourt. Two of the ASB System100 SquashCourts can be converted from singles to doubles. This was achieved by installing an ASB MovableSideWalls on two of the ASB System100 SquashCourts. Thus, there are always six singles squash courts available or four singles and two doubles or five singles and one doubles squash courts. Perfect broadcasting capabilities are of course ensured, using special camera windows on the ASB ShowGlassCourt but also on the ASB System100 SquashCourts. The ASB ShowGlassCourt features the brand new camera windows on the side walls, that were developed in cooperation with PSA and WSF to give photographers new angles and positions to cover the game and to broadcast live on PSA TV. All this was achieved without creating any discomfort for the players while they fight for every single point.
Thus, Munsu Sports Park is ready to host the 2021 Nation Sports Festival in Ulsan!